While I am on the topic of false honors and such, below is a post from the Order of St. Lazarus of Jerusalem, a Catholic chivalric order with regards to a group in Brazil that they claim to be falsely representing themselves. Translation into English courtesy of Google Translate. 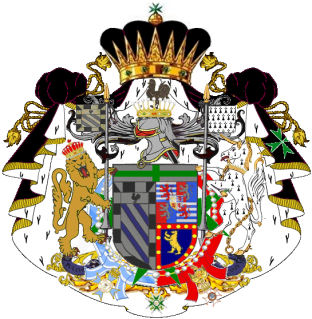 Like all the faithful readers of this blog already know Cavalry, over time more and more groups (often composed of whimsical, other times a simple silly) attempt to impersonate members of the Order of St. Lazarus of Jerusalem.
These groups circus, which you see they are encouraging the arena, where should never have left, insist on using our black robes, and our eight-pointed crosses, although they completely ignore our symbols mean. I say this because as you know, in Brazil one of those “troupes” of clowns settled there already a good month.
Has this “troupe” in his career as a circus presentations, three false “endowments”, one of them even held in a city council of a small town in the interior of Sao Paulo. In the latter year, however, the “boss” of this group (which as everyone knows is a cook in France and in spare time comes to Brazil to these theatrical performances) tried to do that “thing” had more credibility, and on 03 March this year, he rented a simple church in the City of St. Paul, that his show was a little more convincing. 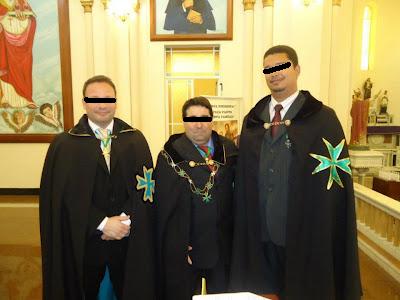 Appearance of the false ceremony held by circus troupe of actors.
(The image was edited to prevent recognition of the elements)
After performing the act, had the ability to publish to a blog that put at their service the following sentence:
“The Supreme Grand Priory know that your labor in Brazil caused the wrath of” false competition “that have nothing to do with our Order. The concern of the genuine success of our projects should encourage further work of the Grand Priory Hospitaller Brazil, especially since all members of the Grand Priory of Brazil should be aware that they have the support and full protection of the largest and duly recognized organization Lazarita world. “
Frankly, we sincerely hope that the participants of this “troupe” look just a good psychiatric medical service because they do not just use a black cloak and a green Maltese cross, to be a true Lazarist before you must be a true part of the Military Order and Hospitaller Order of Saint Lazarus of Jerusalem, always obedient to her only Prince and Grand Master, for the way they act, the lords will always have the same credibility as the lovable clowns who enliven the circus for the children. 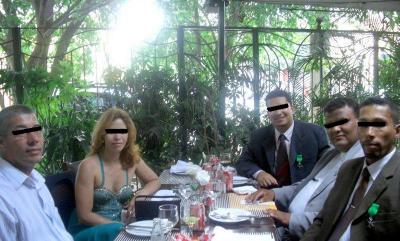