Downton Abbey and the Curse of King Tut:

You must surely have been tempted on occasion to curse Julian Fellowes, if not for the script of Young Victoria, then for the creation of Downton Abbey, that death star of good old-fashioned aristocratic virtue and due deference. For a little while, all public debate seemed to be sucked through the funnel of Downton discourse, coinciding as it did with the election of all those shiny Eton boys to government in 2010. Fellowes has even had enough self-belief and ambition to become an aristocrat himself. He is now Baron Fellowes of West Stafford and sits on the Tory benches.
But don’t worry, he may already be cursed. It’s not just his obsession with the Titanic –- the sinking creates the opening crisis in Downton Abbey and this year he scripted ITV’s centenary mini-series. It turns out that there is another famous curse, ninety years old this year, which haunts Downton. The stately home that stands in for the Abbey is Highclere Castle, the family seat of the Carnarvons. And it was the fifth Earl of Carnarvon who sponsored the search for the tomb of Tutankhamun, found by Howard Carter in 1922. The Earl was present at the formal opening of the long-lost tomb in the Valley of the Kings in February 1923. Six weeks later he was dead, from pneumonia and blood poisoning, launching a frenzy of rumours and a host of mysterious deaths — allegedly. At Highclere, it was said the Earl’s three-legged dog Susie howled in misery and died at the precise moment of her master’s death. The sixth Earl, the surviving son, recalled all sorts of spooky events in the castle around his doomed father’s Egyptian adventure. There were séances and premonitions by fortune-tellers and Spiritualist mediums.
The Curse of King Tut was a monster bolted together by the tabloid press in the 1920s. It has often been called the first global media sensation, although it surely was not. But because rumours can never be denied, only ever more elaborated upon, the curse has proved remarkably persistent, evolving over the decades, claiming more and more victims. And now, it seems it has reached down to the set of Downton Abbey. The Daily Express and the Daily Mail reported recently that the set had been spooked by a series of uncanny events, associated with the museum display of artefacts from the tomb in the basement of Highclere Castle. The authoritative source for these stories, it transpires, is Shirley MacLaine, who will appear in a cameo role. MacLaine has been rather more famous for her occult and New Age beliefs than her acting in recent years. She reads auras and believes in reincarnation. She is one of many psychic sensitives who claim that they can see menacing presences swirling around Egyptian artefacts claimed from the graves of kings. 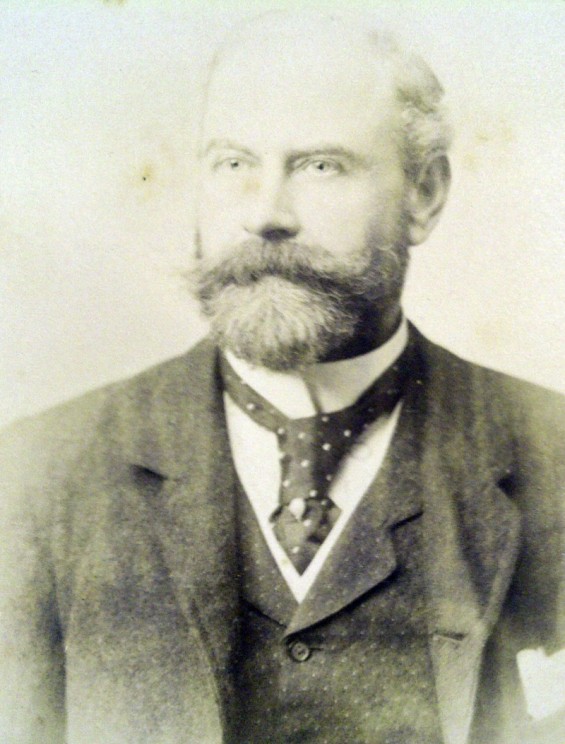 All of this is but the latest addition to a century of mummy curse stories associated with English collectors of Egyptian artefacts. In my book, The Mummy’s Curse, due out this autumn, I try to peel back the weird accumulation of stories to find the origin of these stories. The Curse of Tutankhamun flew off the presses in 1923, it turns out, because the way was prepared by two prior stories of Victorian gentlemen who had purchased mummy materials in the grey market of antiquities traders and suffered the consequences. The first, Thomas Douglas Murray, was a socialite well known for his parties with painters, actors, and African adventurers in his London town house in the 1870s. As a young man, he had bought a mummy case in Luxor in the 1860s, only to go hunting shortly afterwards, slip, and shoot his own arm off. He survived bearing this awesome wound of his colonial folly. The Priestess of Amen-Ra, as she was known, did all sorts of devilish things to Londoners until the case was presented to the British Museum in 1889. It resides in the Egyptian Rooms and is still known as the ‘Unlucky Mummy’, although much of the folk history attached to it has been shed along the way. 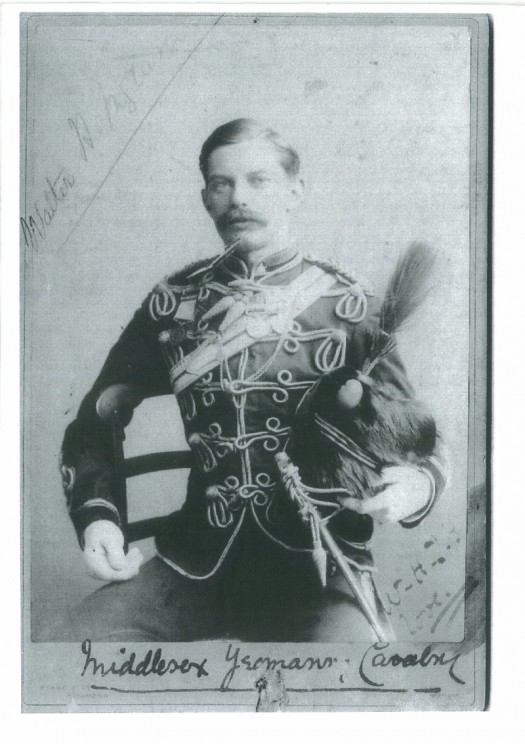 Walter Ingram. From the family collection of Anne Bricknell.

The second adventurer was the soldier Walter Herbert Ingram, who fought in the Zulu Wars and was a great hero of battles against Islamic rebels in Egypt and Sudan in the 1880s. Ingram bought a mummy case as a souvenir, only to be killed by an elephant on his next visit to Africa, prompting rumours that he had been cursed. Ingram was the youngest son of the founder of the Illustrated London News. His death, understandably, was a news sensation. The record of the lives of these extraordinary gentlemen has rested, largely untouched, in London’s eccentric archives and in family memorabilia, the fable of their curses wrapped around the true details of their lives.
Unravelling these histories tells us a lot about how Victorians and Edwardians used the supernatural to negotiate unease with colonial occupation and the traffic in ancient artefacts to the museums and private collections of the imperial metropolis. They tell us more, I’d like to think, than the clumsy way in which Downton Abbey’s Earl of Grantham and his sniffy butler are always bumping into world historical events.

Roger Luckhurst has written and broadcast widely on popular culture, specialising in science fiction and the Gothic. He is interested in the odd spaces between science and popular supernatural beliefs. He has previously written a history of how the notion of ‘telepathy’ emerged in the late Victorian period, and has published editions of Jekyll and Hyde and Dracula. He is also a regular radio reviewer of terrible science fiction films. He teaches horror and the occasional respectable novel by Henry James at Birkbeck College, University of London. The Mummy’s Curse: The true history of a dark fantasy is due to be published in late 2012.

Subscribe to only history articles on the OUPblog via email or RSS.

View more about this book on the