Thoughts on myths from a true academian:

How and why do myths arise?:

Myth: A Very Short Introduction
By Robert A. Segal

It is trite to say that one’s pet subject is interdisciplinary. These days what subject isn’t? The prostate? But myth really is interdisciplinary. For there is no study of myth as myth, the way, by contrast, there is said to be the study of literature as literature or of religion as religion. Myth is studied by other disciplines, above all by sociology, anthropology, psychology, politics, philosophy, literature, and religious studies. Each discipline applies itself to myth. For example, sociologists see myth as something belonging to a group.

Within each discipline are theories. A discipline can harbor only a few theories or scores of them.  What makes theories theories is that they are generalizations. They presume to know the answers to one or more of the three main questions about myth:  the origin, the function, or the subject matter.

The question of origin asks why, if not also how, myth arises. The answer is a need, which can be of any kind and on the part of an individual, such as the need to eat or to explain, or on the part of the group, such as the need to stay together. The need exists before myth, which arises to fulfill the need. Myth may be the initial or even the sole means of fulfilling the need. Or there may be other means, which compete with myth and may best it. For example, myth may be said to explain the physical world and to do so exceedingly well — until science arises and does it better. So claims the theorist E. B. Tylor, the pioneering English anthropologist.

Function is the flip side of origin. The need that causes myth to arise is the need that keeps it going. Myth functions as long as both the need continues to exist and myth continues to fulfill it at least as well as any competitor. The need for myth is always a need so basic that it itself never ceases. The need to eat, to explain the world, to express the unconscious, to give meaningfulness to life – these needs are panhuman. But the need for myth to fulfill these needs may not last forever. The need to eat can be fulfilled through hunting or farming without the involvement of myth. The need to express the unconscious can be fulfilled through therapy, which for both Sigmund Freud and his rival C. G. Jung is superior to myth. The need to find or to forge meaningfulness in life can be fulfilled without religion and therefore without myth for secular existentialists such as Albert Camus.

For some theorists, myth has always existed and will always continue to exist. For others, myth has not always existed and will not always continue to exist. For Mircea Eliade, a celebrated Romanian-born scholar of religion, religion has always existed and will always continue to exist. Because Eliade ties myth to religion, myth is safe. For not only Tylor but also J. G. Frazer, author of The Golden Bough, myth is doomed exactly because myth is tied to religion. For them science has replaced religion and as a consequence has replaced myth. “Modern myth” is a contradiction in terms.
The third main question about myth is that of subject matter. What is myth really about? There are two main answers: myth is about what it is literally about, or myth symbolizes something else. Taken literally, myth is usually about gods or heroes or physical events like rain. Tylor, Eliade, and the anthropologist Bronislaw Malinowski all read myth literally. Myth taken literally may also mean myth taken historically, especially in myths about heroes. 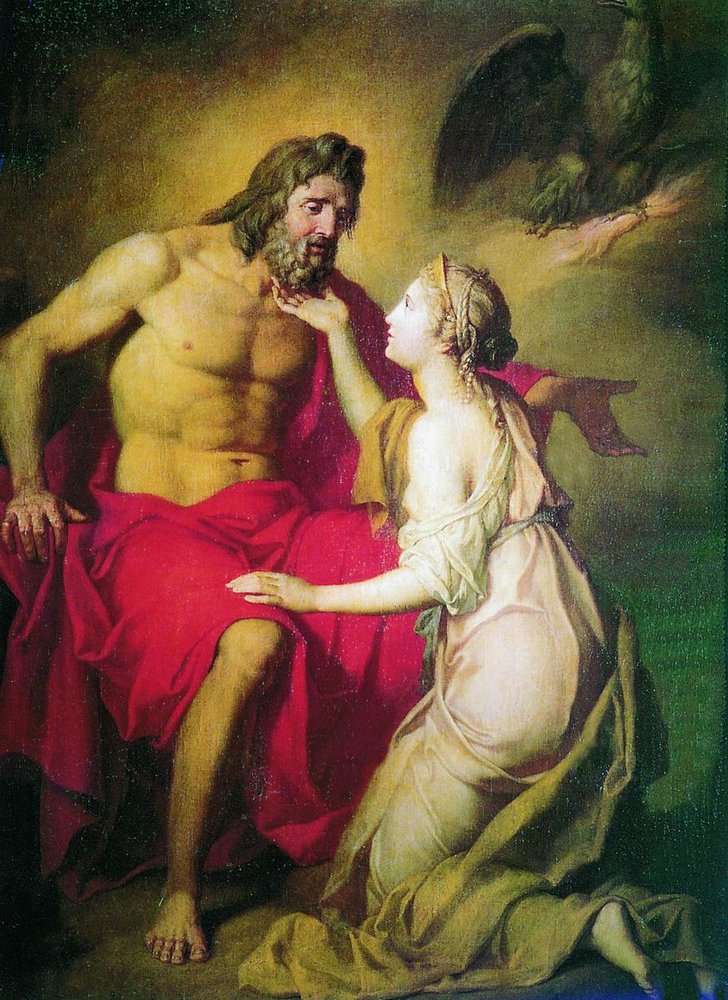 The subject matter of myth taken symbolically is open-ended. A myth about the Greek god Zeus can be said to symbolize one’s father (so Freud), one’s father archetype (so Jung), or the sky (so nature mythologists).  The religious existentialists Rudolf Bultmann and Hans Jonas would contend that the myth of the biblical flood is to be read not as a explanation of a supposedly global event from long ago but as a description of what it is like for anyone anywhere to live in a world in which, it is believed, God exists and treats humans fairly.

To call the flood story a myth is not to spurn it. I am happy to consider any theory of myth, but not the crude dismissal of a story or a belief as a “mere myth.” True or false, myth is never “mere.” For to call even a conspicuously false story or belief a mere myth is to miss the power that that story or belief holds for those who accept it. The difficulty in persuading anyone to give up an obviously false myth attests to its allure.
Robert A. Segal is Sixth Century Chair in Religious Studies at the University of Aberdeen.  He is the author of Myth: A Very Short Introduction and of Theorizing about Myth. He is presently at work editing the Oxford Handbook of Myth Theory. He directs the Centre for the Study of Myth at Aberdeen.

Who Was Who online, part of Who’s Who online, has granted free access for a limited time to the entries for the philosophers and scholars mentioned in the above article.
Image credit: Thetis and Zeus by Anton Losenko, 1769. Copy of artwork used for the purposes of illustration in a critical commentary on the work. Source: Wikimedia Commons.